Finally: In the future, owners of a Playstation 4 can also compete in multiplayer games against players of an Xbox One or a Nintendo Switch. First of all, crossplay is possible as part of an open beta at Fortnite.

John Kodera, responsible for the games division at Sony, has announced an innovation in the Playstation Blog that players have been loudly demanding for years. From now on there will be an open beta for Fortnite’s Battle Royale mode in which

„games, progress and purchases will be possible across the Playstation 4, Android, iOS, Nintendo Switch, Xbox One, Microsoft Windows and Mac platforms“.

In concrete terms, this crossplay means, for example, that an owner of a PS4 on his console in a multiplayer game meets an opponent who uses an Xbox One – without any of the participants noticing. In addition, the progress is transferred from the smartphone to the Playstation 4 with the help of the user account, or vice versa.

Crossplay has been around for a while 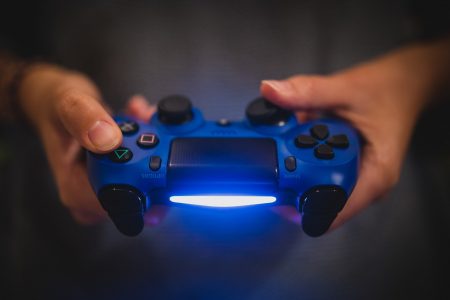 Crossplay has been possible on other platforms for some time, only Sony had prevented it by referring to security concerns. In the case of Fortnite, this led to problems if players wanted to activate their account on a Nintendo Switch and a PS4 at the same time.

Kodera now writes that during the beta, thorough testing should ensure that crossplay games work optimally on Playstation.

„The user experience will be evaluated in terms of technical and social aspects,“said the manager.

Really fundamental technical problems, for example with the servers, are not to be expected. It seems rather conceivable that users will find it disproportionately easy to win over owners of another platform on one platform thanks to control or other advantages.

Important! Secure Your PS4 With A VPN

Many players do not rely on a VPN to secure their gaming. Why that isnn`t a good idea can be read at VPNPS4.COM.

Another problem could be the „social aspects“ mentioned by Kodera. This may mean that the player on a Playstation 4 is harassed by a player on another platform without being sanctioned by the platform operator and without Sony being able to intervene. However, it is actually the game manufacturers who are responsible for keeping an eye on their community – in the case of Fortnite Epic Games. There could be further difficulties, at least in theory, with data protection.

However, in practice there are neither Microsoft nor Nintendo reports about real problems with the crossplay, so that the thing should probably work on Playstation 4 as well. John Kodera has not yet revealed for which games cross-platform online gaming will follow.